Get fresh music recommendations delivered to your inbox every Friday.

from Without Apology by Girl From Winter Jargon 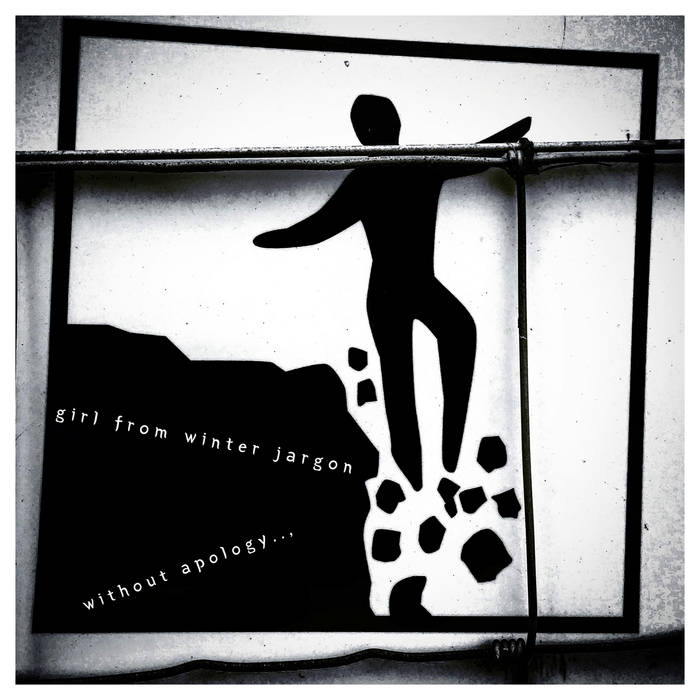 "Without Apology is an impressive and intricately organised track, weaving between idiosyncratic bell-like layered guitars alongside the surprising addition of some slap bass. It stands for and by itself, an introspective take on personal experience inside a catchy, upbeat and sprawling arrangement of guitar and clarinet. The final delivery arrives in the form of the climatic vocal and clarinet polyphony; rounds that urge the listener to discern each melody as they interweave. With the lyrics ranging from the sardonic and satirical to the contemplative, she [Girl From Winter Jargon] describes it as a little note to yourself, of being brave in the face of uncertainty." - NARC Magazine

“If I were called upon to distil my visceral response to Girl From Winter Jargon, it would be “me too.”
‘Without Apology,‘ drags me, at my late age and pushes me back in time into inner writhings that I’d rather forget; back through all those feelings of both desiring and loving someone enough to both adore them and wish them into non-existence – enough to want to put it on some kind of flag. I think we’re at a point, as women, in the midst of the turmoil of many people not just wanting, but needing to express their experiences and emotions about love, loss, desire, fear – that it all begs the question of what it is to be a woman.
Maybe the better question is: what’s the best way of being a human?
One definite answer would be to pack everything you feel – longing, love, shame, rage, wonder – all in one little package of art. But it’s not enough to belch it out – we’re all numb from too much entertainment and too much music.
It has to be a Jewel box of a song – a Jewel box loaded with a jack-knife instead of a ballerina – a voice that carries you into experiences of pain you’d rather forget, but so beautifully – that you’re forced to listen. I might forget that my spirit bears such strange-fruit if not for the rich, natural, but tortured swoop of Rachel’s voice; the unforced rubato insistence; the hard, ringing bell-strokes of her guitar. This is what art is – it buffets you, and pains in a way that leaves you both wrung, and somewhat bruised, but also grateful, and wanting more – like love itself – even hard love.”

This may not go down too well with some around...
I might get some flack. I live in fear of the backlash.

So… I’ve weighed up options; deliberating cons (and pro’s!) across the board. But I won’t be ignored.

All the pigs will squeal. Your life could be surreal. It’s never too late. But if you can’t fight it in yourself, you might be better off trying to locate the nearest cliff top and throwing yourself off.

Now undeniably, I’m trying HARD to be the best version of me… while SEETHING underneath. It gets HARD to shake this feeling in the wake - for everybody’s sake - yet, never mine.

But try as I may, the bad thoughts won’t go away. Oh how I long to be without apology…

All the pigs will squeal. Your life could be surreal. And it’s never too late. But if you can’t find it in yourself to change…?

It’s in your power to make it go away...

Bandcamp Daily  your guide to the world of Bandcamp

Kari Faux drops off her deluxe album 'Lowkey Superstar' plus tunes by Shunaji and Samplelov.